According to research, the quick answer is yes.

Sleep-disordered breathing (SDB) is characterized mouth-breathing and/or snoring. This may progress to sleep apnea where there are pauses in breathing that vary in time depending on severity.

Metabolic syndrome is a term used to describe a combination of disorders that are typically associated with each other. These are: 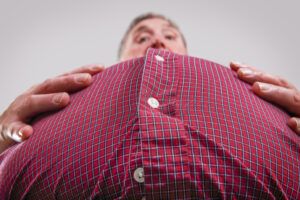 We considered for some time that people who are overweight have an increased risk of sleep disordered breathing because we believed the weight around the neck and collapsing soft tissues in the throat decreasd the size of the airway and from the other perspective, people who are tired from poor quality sleep tend to snack more on carbohydrate rich foods in order to stay awake. So, in order to lose weight, quality of sleep should be taken into account and when looking to improve sleep quality, diet should be examined. 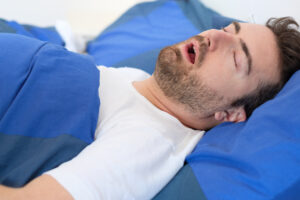 More recent research has indicated that SDB is far more complex than just being weight related. Many people within a 'normal' weight threshold still get SDB, as is the case with cariovascular disease. SDB is associated with up to 200% increased odds of cardiovascular disease. There is a similar risk with diabetes for people with SDB and after treatment for SDB, there is typically a 32% improvement in insulin resistance.

Both children and adults suffering SDB show very low levels of oxygen in their blood (hypoxemia) which is considered to be the central issue for metabolic disturbance, demonstrating that SDB is contributing to metabolic dysfunction beyond the effects of just being overweight. 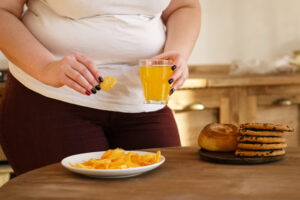 So, what does all of this mean? SDB should be included in the list of metabolic syndrome disorders and be considered as an important factor when considering a treatment plan for diabetes, high blood pressure, increased waste circumference and obesity.