I promised in my last blog that I would discuss an alternative therapy that is taking a long time to become mainstream. Like many alternative therapies that have amazing healing potential, the reasons are multi-factorial.  This is a therapy that does not require any medication, gadgets, devices or expensive equipment, so the opportunities for research funding are hugely diminished and it sits in a grey area of medical evidence and research, which I will return to.
Also within the medical field, we are still operating in a system where we divide the human anatomy up into separate parts which are mirrored in many university hospital teaching environments.
Buteyko sits in-between the pulmonary, ear, nose and throat and physiotherapy worlds and commonly attracts dental professionals to take on this role as it combines really well with orofacial myofunctional therapy (OMT), (I will cover OMT in another blog). So, as we continue to pay lip-service to good holistic joined-up care, patients continue to miss out on great opportunities.

The Buteyko method, named after Konstantin Pavlovich Buteyko who developed this technique in the 1950s, consists of a series of breathing exercises and guidelines specifically designed to reduce over-breathing/hyperventilation and encourage nasal breathing.  A Buteyko coach can help anyone who wishes to improve their breathing from chronic asthmatics to athletes who are looking to improve their performance. The British Thoracic Society recommends Buteyko for the treatment of asthma.

Do not underestimate the power of pharmaceutical companies. Buteyko cannot be sold over the counter!

So, back to that grey area.  There are two differing views on asthma.  They both agree the symptoms are recurrent attacks of rapid breathing, breathlessness and wheezing, which vary in severity and frequency. The conventional view believes the condition is due to inflammation of the air passages and certain triggers such as pollens create a ‘severe attack’.

The conventional view fails to explain exercise-induced asthma or an attack brought about by laughing as neither of these had inflamed lungs as a starting point.

The alternative view which is becoming mainstream considers the cause of asthma to be breathing too much (hyperventilation) which causes the lungs to become inflamed. The lungs are not designed to cope with a large volume of air and over-time breathing up to 10-15 litres of air per minute instead of 4-6 litres per minute will create a big problem. Mouth breathers will inhale 10-15 litres of air per minute and nose breathers 4-6 litres per minute.  Have you ever seen a nose breathing asthmatic? 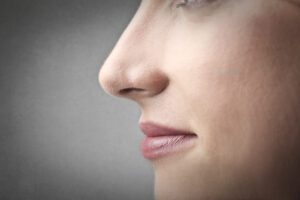 If you are a Doctor with the conventional view, you would be highly unlikely to refer a patient to a Buteyko Breathing coach and vice versa.
As I mentioned in my previous blog, with regard to accepted treatment modalities, we live in differing shades of grey which depends largely on time and in this case, also on geography and luck.

I have co-authored a book that covers this topic and it is available here: LipZip